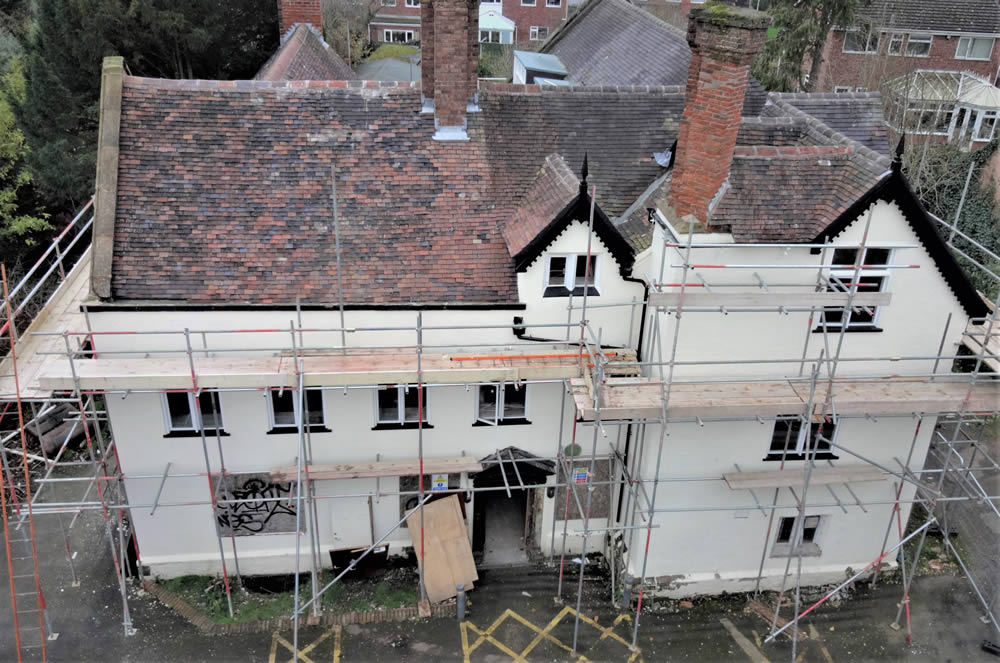 Built in 1621 this interesting Grade II Listed Building has had a chequered history and been subject to numerous damaging alterations. Large properties such as this often ceased to be viable as private dwellings during the middle of the twentieth century and were adapted for various alternative uses. This one, located in Madeley had previously been used as a local magistrate’s court and local authority offices, this resulted in some inappropriate internal alterations.

The constructional development is quite complex and NPA were engaged by a development company to undertake a Historic Building Survey and prepare all of the necessary Heritage statements and reports to allow the development to proceed.